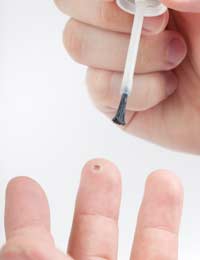 Earlier this year, an impatient security guard from Doncaster got completely fed up with having a persistent wart on his finger, which refused to budge despite numerous ointments and creams prescribed by his GP.

So Sean Murphy, 38, decided to try a unique remedy to make his wart disappear - and it worked. He shot off the wart with a 12-bore Berretta handgun, and sure enough, the wart never came back.

Unfortunately, neither did his middle finger, which was shot off so completely it was impossible to reattach.

Warts are almost always harmless, but nobody likes having them in places where they are easily visible to others – especially children (and, evidently, security guards). That’s why when kids have warts on their hands, especially their fingers, they almost always opt to have them removed.

The majority of both warts and verrucas will disappear on their own within a specific time frame, without any treatment whatsoever. But some warts take months to completely go away, which can leave a child open to ridicule and taunts from classmates.

Finger warts, if they grow big enough, can also be painful or itchy and sometimes can interfere with simple day-to-day tasks, such as tying shoelaces and writing – and they are contagious as well. Yet another reason to have them taken off.

What are Finger Warts?

Finger warts, like all warts, occur due to the human papilloma virus, also known as HPV. There are more than 60 known strains of HPV, and it can affect many parts of the human body apart from the fingers, such as the feet and even the genitals.

Finger warts form when the human papilloma virus infects the top layer of the skin, also known as the epidermis. If you manage to successfully damage the blood vessels that lie underneath and feed the wart, it will fall off – usually without any type of scar whatsoever. Alternatively, eventually your body will produce antibodies to the virus, and the wart will suddenly disappear on its own.

Of all the warts, finger warts that form on the fingers and around the fingernails are by far the most common. Most warts fall off easily with just a few treatments, prescribed by your GP. In rare cases, however, several different treatments will have to be prescribed before you find one that works.

There are several different types of treatment available to get rid of finger warts. The most common ones are:Be wary of online claims that a simple ointment or miracle potion can make a wart disappear. If you have a persistent wart, see your GP and get a treatment that really works, instead of wasting money on a bogus “cure”.

Keep in mind also that verrucas, or warts that appear on the feet, can be very painful to walk on. Although they also will disappear without treatment many people opt to have them removed by freezing.

Security Guard Murphy told The Daily Mail that he had suffered with his wart for more than five years, but it stubbornly refused to budge. Hopefully, if you have warts they will be less stubborn than his.

Warts are very contagious, as the human papilloma virus is passed easily from one person to another. Many children also fiddle with their finger warts, causing them to bleed and making them even more contagious to others. Painting the wart with clear nail varnish will make it less contagious until it disappears.

With the right treatment, however, a finger wart can go away quickly and painlessly. See your GP today and learn which treatment is best for you, or your child.