Home > Warts & Verrucas > Do Warts Need to be Treated? 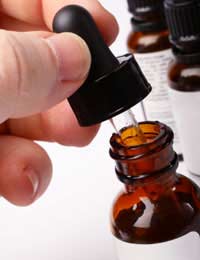 Warts are a very common skin condition caused by a virus that results in small growths on the skin. These growths are typically skin-colored and are usually painless but they can be unsightly and can possibly become itchy or bothersome depending on the location of the warts. There are a variety of different types of warts, including flat warts, plantar warts, genital warts, and (the most commonly seen warts) common warts. They can appear anywhere on the body, depending on the type, and are often contagious, particularly spreading to other parts of same body.

When to Treat Warts and When to Leave them Alone

Most common warts will disappear on their own, although this may take a long period of time, sometimes even years. Even when a wart does go away on its own (or is removed with treatment), the wart will often reappear either in the same spot or on another part of the body. Typical common warts (the type that are raised and are rough-edged and either skin-colored or slightly lighter or darker than skin color) do not have to be treated unless they are bothersome. If the wart is in an area that receives a lot of friction and it becomes irritated or painful, then removal should be considered. However, if the wart does not cause any pain or other problems, they are often best left alone, as treatments can often be painful and may still result in a re-growth of the wart.

If the warts in question are not common warts, and are instead plantar warts (that typically occur on the feet and can often cause difficulty with walking), genital warts (warts that appear on the genitals and are very itchy and contagious), or flat warts (warts that often appear in clusters on the face and have a flat appearance), treatment should be considered to eliminate pain, the risk of spreading, or the embarrassment of the warts.

When Warts can be Treated at Home

Most of the time, common warts can easily be treated at home. The best thing to do before deciding to treat the wart at home is to try to wait it out, since many warts will disappear on their own. If you wait a while, and the common wart does not disappear, or if it is bothersome, then you can treat it at home using one of many methods. One popular method of home wart removal is the duct tape method. To do this, you put a piece of duct tape on the wart. The tape will irritate the wart and the surrounding area causing the body to attack the wart as it would an infection or other foreign body. It is best to leave the duct tape on for several weeks, remove it for cleaning, and then reapply the duct tape. This method can often take a few months to work, and if it hasn’t removed the wart at this point, another method may be necessary. Other methods for treating a wart at home include many varieties of over-the-counter creams, gels, and freezing methods. These types of treatments require daily application (for as long as 7 to 14 days), and are not guaranteed to work. When using these methods it is important to follow all the directions on the label exactly, including not letting the medication touch the skin surrounding the wart.

It also helps speed the process of wart removal if you soak the wart in warm water and file it down when wet. This will allow the medicine to reach the core of the wart, and speed healing.

When you Need Medical Help

Many common warts don’t have any need for treatment, or if they do, treatment at home will work just fine. There are some instances, however, in which you should not attempt the treatment of warts at home. These conditions include the following:

If you decide to seek treatment from a doctor, there are many different methods of treatment they may choose, depending on the circumstances of your wart. These options can include laser removal, immunotherapy (an injection of a substance that causes an allergic reaction), freezing or burning. In some cases, prescription medications may be required for removal of warts, and in the case of some warts, a biopsy may be required.

Warts are a very common condition that are often hard to avoid and sometimes difficult to get rid of. However, you can help prevent the occurrence of repeated or multiple warts by not touching the skin near a wart and by washing your hands thoroughly after touching any warts on your own body.