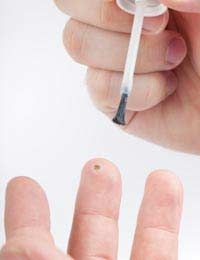 Often called “middle-aged warts”, seborrheic keratoses are small growths that appear on the skin often around middle age, although sometimes before. Completely harmless, they are never cancerous, but are not always attractive.

While genetics definitely play a role, other contributors to these barnacle-like lesions are hormones and excessive exposure to the sun’s rays. They sometimes occur, for example, as the result of pregnancy or oestrogen therapy.

Seborrheic keratoses are usually flat or sometimes raised, and brown in appearance. They look like a wart or small barnacle attached to the skin, and they often appear in specific parts of the body only.

A common place for them to make an appearance is the trunk and back, and when they appear on the face they usually show up near the temples.

They can be tan, brown or black, and while they start out as small, white bumps they can grow bigger and bigger. They look almost as if they are pasted onto the skin, and if they run in your family, you have a good chance of developing them.

Some people who have seborrheic keratoses may opt for treatment, which could involve one of several options: If you have hundreds of seborrheic keratoses, you may opt to have just ones that are particularly large or in highly prominent areas removed. Please note that many NHS doctors will not see the need for this, as this treatment is considered purely cosmetic.

If the keratoses really bother you, however, either emotionally or physically (they may be directly in your bra-line, for example, and rub when you are wearing a bra) then you may have legitimate grounds to have them removed on the NHS free of charge. Alternatively, you may decide to go private.

Sometimes seborrheic keratoses itch. If this is the case, you may simply be prescribed a special anti-itching cream or moisturiser to make you more comfortable.

Occasionally, a seborrheic keratosis may turn black in colour, bleed or change in appearance. If that happens, you should see your GP as soon as possible to make sure it really is a keratosis and not a melanoma, which is a dangerous form of skin cancer.

Melanomas can resemble seborrheic keratoses, so have anything that looks unusual looked at by your GP to rule out whether it is cancerous, if only for peace of mind.

Remember, however, that a true seborrheic keratosis may be unsightly, but will never be a cause for health concern. There are far worse problems to have!

The vast majority of people will have at least one seborrheic keratosis in their life. If they are irritated by the clothes you wear or by jewellery, if they itch regularly or if you have many of them, which bother you for cosmetic reasons, then make an appointment to see your GP.