Home > Sunburn & Blisters > Tanning and Sunbed Damage: What Happens to Your Skin

Tanning and Sunbed Damage: What Happens to Your Skin 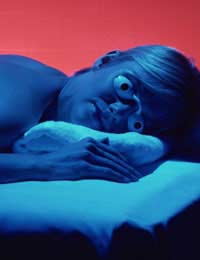 Tanning - whether it is done outside in the sun or inside in the comfort of a sunbed, is enjoyed by millions of people every year as a way to add what they think is a healthy, sun-kissed glow to their skin. Here's what the sun and sunbeds can really do to your skin.

Tanning of the skin causes permanent damage due to the exposure to UV (ultraviolet) radiation. UV radiation comes in two forms, UVA and UVB. UVB radiation is commonly known as the type that is most responsible for sunburns. UVA radiation, on the other hand, is more commonly associated with deeper, more damaging penetration. Although tanning salons, which offer beds that only emit UVA rays, claim that this type of exposure is safer than natural sun exposure both of these forms can cause cellular and molecular damage deep within the skin tissue. This damage will eventually result in premature skin ageing, the occurrence of wrinkles, a repression of the body's immune system, and can result in the development of skin cancer.

But My Skin Looks Fine

Although the dangers of tanning indoors and out are widely known, most people continue the practice simply because they cannot see the effects directly. In fact, the damage that occurs to your skin after tanning can take years to show up. Since the damage occurs so deeply within the skin cells the symptoms, such as wrinkles, dark spots, and cancer, are a delayed effect that become visible only after years of damage has already been done.

In fact, skin damage from UV radiation exposure has a cumulative effect and the more times and more years that you expose your skin the more you increase your risk of these dangers and the severity of damage. Numerous medical studies on tanning, sunburns, and the use of indoor sunbeds have shown that exposure to UV radiation is always damaging to your skin. According to a Swedish study performed in 1994 on women between the ages of 18 and 30, subjects who tanned in sunbeds at least ten times per calendar year were seven times more likely to develop some form of skin cancer than those women who did not tan at all.

Looking to the Future

Since the effects of UV radiation exposure take time to appear, scientists and medical professionals feel that the reported cases of skin cancer, or melanoma, are only going to increase as the years go by. Since there are currently over one million cases of malignant melanoma reported each year worldwide, the increased future risk of this disease should be enough to stop everyone from searching out sun exposure. Sadly however, these statistics have not produced the reduction in tanning bed use and natural sun tanning that those in the medical profession had hoped for.

Since the damage that is caused by tanning practices cannot be reversed, your best chance of avoiding all of these skin concerns includes avoiding UV radiation exposure altogether. Avoid the use of tanning beds, do not lie out in the sun searching for a youthful tan, apply sunscreen with an SPF of at least 15 everyday, and see a dermatologist as soon as possible if you have ever suffered from sunburns.

Even though you cannot see what happens to your skin deep down after tanning the proof of permanent damage is recorded. Forgo the temporary look of healthy skin that tanning provides and strive for long-term health by developing safe skin habits today.

Sun Protection For Your Skin

On The Spot Remedies for Sunburn

Long Lasting Effects of Sunburn
Share Your Story, Join the Discussion or Seek Advice..
I have recently been burnt badly by a sunbed today in a few places, a large area on my knee and it is really burning now a few hours later, what can I DO NOW , i will never use a sunbed again after reading all the effects of a sunbed
shelby - 26-Apr-12 @ 8:46 PM
Title:
(never shown)
Firstname:
(never shown)
Surname:
(never shown)
Email:
(never shown)
Nickname:
(shown)
Comment:
Validate: