Home > Case Studies > Why I Only Use a Paraben-free Suncream: A Case Study

Why I Only Use a Paraben-free Suncream: A Case Study 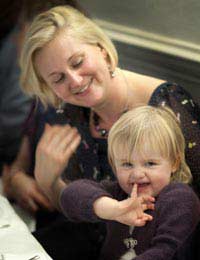 Laura Campbell was diagnosed with both endometriosis and polycystic ovarian syndrome, and was told that certain types of chemicals could affect her health condition and make things even worse.

“I was told in particular that parabens contribute quite a lot to my conditions,” says Laura, 31, a former marketing manager for the London Underground who now runs her own maternity consultancy called Baby Ladies.

“They are chemicals that are used as preservatives, and they mimic oestrogen. So with someone like myself, who has high oestrogen, using anything that contains parabens will simply be upping their oestrogen levels even more.”

In studies of women with breast cancer, researchers have found traces of parabens in every single sample of affected breast tissue. While there is evidence that parabens cause cancer, and while they are approved for use by regulators, many people worry about their safety.

Laura, who lives in Greenwich, south London, was also told because of the severity of her endometriosis, that she would never have children.

Endometriosis is when cells that normally grow inside the uterus start to grow outside it. It is a debilitating medical condition that can cause pelvic pain and, in severe cases, be a primary cause of infertility.

Laura, however, went on to defy the odds and had two: Skye, who’s now four, and Amelia, who’s two and a half.

Because of her own health experiences, however, she says she would never put anything on her children’s skin – or her own – that contains any parabens or petrochemicals of any kind.

“With this in mind, it took me four years to find a skin product range that does not have any of the nasties in it," she says. "It’s important not only to me and my children, but also to my job.

“I will not recommend to parents anything that has any petrochemicals, parabens or mineral oils in it. The child then absorbs them through their skin, and they can cause any of a number of problems.”

While Laura found plenty of healthy products, such as moisturisers, to recommend, she found it difficult to find a suncream that was paraben-free.

“It was especially difficult to find one that sinks into the skin and actually does the job,” she says. “But it was incredibly important to me that I just kept on looking.

“Everyone, especially parents, needs to think about what they put on their skin – and their children’s skin. Just think about Nicorette patches to stop smoking, and how much they are absorbed through the skin.

“They manage to successfully help people stop smoking as the nicotine is absorbed so well. So it makes sense to not put anything on your skin at all that can harm it.”

Then Laura met a consultant on Twitter who was selling Arbonne products, which are paraben-free. “She gave me some products to try for the children and for myself. I had always used Dermalogica and Elemis, but was not confident they would be effective when it came to suncream. They are also both premium brands of skincare, and I was spending a lot of money on them.

“With Arbonne, I didn’t really believe that something free of everything could actually do the job, but it did. It’s fantastic, an absolutely brilliant range that’s good for kids, men, teenagers – everybody.

“I heard that it was good for rosacea, and it took the redness out of the burn and it is no longer visible. I thought it would as it is good for a baby’s sore bottom. And so many mums whose babies had dermatitis, eczema and cradle cap says it works fantastically as well.”

“We are careful about what we eat and what we give our children to eat, so then to plaster them in nasty things like parabens just doesn't make sense,” she says.