Home > Other Skin Problems > All About Herpes 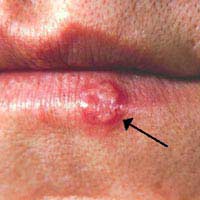 Herpes is a very common virus that affects many people, but because of the stigma attached to genital herpes, many people are embarrassed or afraid to admit that they have it. Sadly, that can often stop them from receiving the right medical attention they need, which can help to prevent outbreaks or lessen the severity of them.

Oral herpes is the most common type of herpes infection, usually caused by the Type 1 herpes simplex virus. Commonly known as cold sores or fever blisters, most of us get exposed to oral herpes at some time in our lives, although many of us never show symptoms.

Genital herpes is usually caused by the Type 2 herpes simplex virus, and usually affects women around the vulva and vagina area, and men near the penis. Occasionally the anus and/or the buttocks can also show the presence of the blisters caused by the virus.

Herpes is caught by having skin to skin contact with a person who is already infected. There are several ways of catching herpes. The two main ways are:Please be aware that you are very unlikely to reinfect yourself with your own strain of the virus, or reinfect another part of your body, through accidental touching.

It is estimated that four out of five people who have genital herpes are unaware of the fact. For most people, what is known as the “primary infection" is usually the worst episode. Some people may only feel a slight soreness at this time, which they do not recognize as herpes, and it may never recur after that.

For others, the primary infection may be accompanied by a slight fever, aches and pains, followed by the appearance of one or many small blisters in the genital area. These blisters can feel very sore and it may be painful to urinate during the first few days of the episode, especially for women. The blisters eventually crust over and disappear.

Some people never get another infection after the first one. The virus does not go away but it lies dormant in the body, and it may never appear again. Other people, however, may have up to four or five episodes a year, which are much less severe than the primary episode and last for a shorter period of time.They are often brought on various triggers. They can include:

If you suspect you have genital herpes, your GP can do a simple swab test to confirm the diagnosis, but only when blisters are present. You will also be advised to rest during a flare-up, take warm baths to ease the discomfort , and use anaesthetic ointment or ice packs to make yourself feel better if needed. You can also take antiviral medication when you feel that first tingle, which does unfortunately will not kill the virus, but will stop it from multiplying, so the attack will be less severe.

Women who have their first episode of genital herpes whilst in their last six weeks of pregnancy may be advised to have a Caesarean section, as passing the infection onto the baby can be very dangerous. If there is a two-month window between the time you catch the virus and give birth, usually a Caesarean would not be necessary.

If you have recurring episodes whilst pregnant, the risk to your baby is minimal. Discuss your situation with your GP just in case you have a flare-up whilst you are in labour, in which case a Caesarean may also be warranted.

It is important to not have sex while you have blisters present as you will have a high chance of passing the virus on. Condoms cannot prevent this 100 percent, so be open with your partner. The good news is that if both of you have the same virus, you cannot reinfect each other. You can, however, still pass it on when no blisters are present, although this is less likely.

If you are on long-term anti-viral medication, you will have a smaller chance of passing on the virus. Be sure also to not share towels and face-cloths when you are having an episode, as the virus can be passed on this way as well.

Herpes is not the end of the world, although the media often makes it out to be. Many people have symptoms so mild that they do not even realise they have it. Herpes does not cause cervical cancer or infertility, and for many people, the perceived stigma is a lot worse than the actual infection.